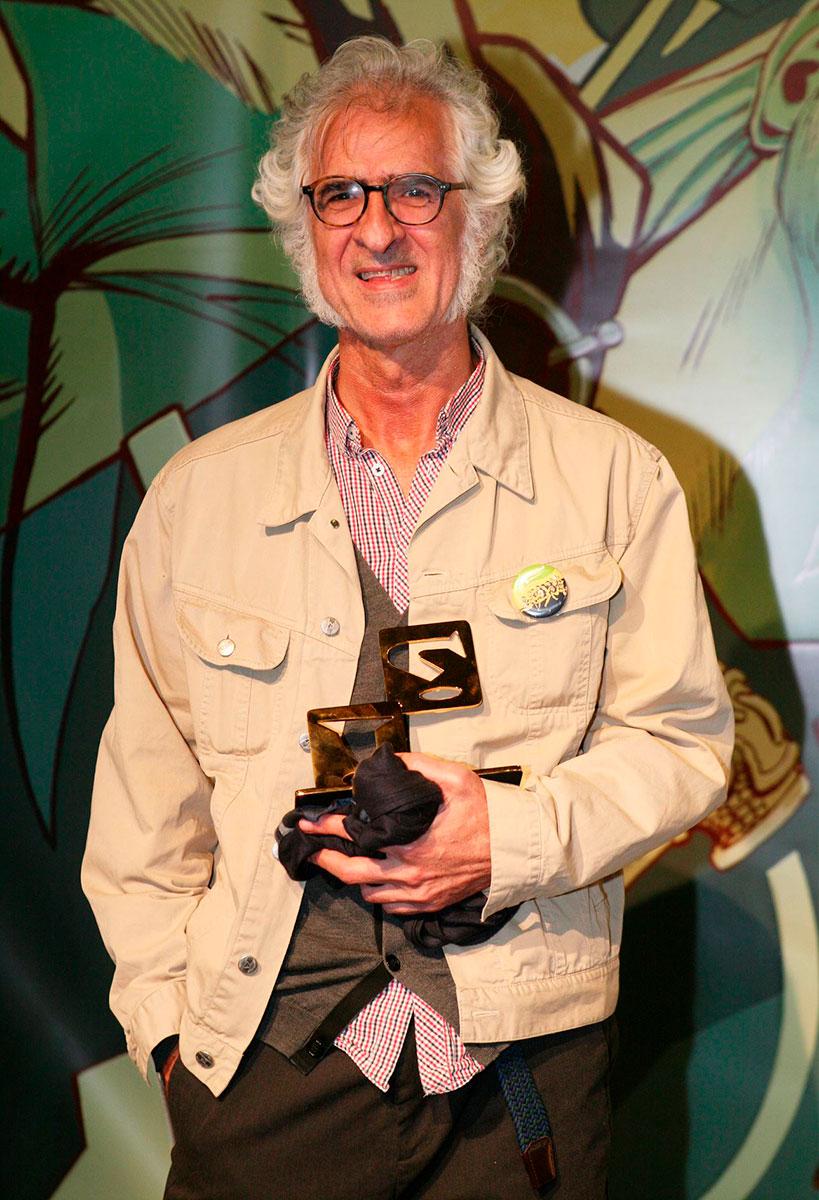 We are very sad to be writing this, but the recent loss of Miguel Gallardo (1955-2022) has left the Spanish comic world orphaned of one of its most illustrious representatives. Gallardo was of the 1960s generation of comic strip artists: the generation that had to fight hard for freedom of expression. Throughout his fifty-year career, Gallardo’s quality was always evident as he continuously evolved, searching for new aesthetic and narrative formulas. He began his career collaborating with magazines like Star and Disco Exprés, and working with Juanito Mediavilla, transformed the adventures of Felipe Borallo’s Makoki into comic strips. Later, alongside Mediavilla again, he became one of the most reknowned authors of El Víbora magazine, with works like El Niñato, OTAN sí, OTAN no and Yonquis del espacio. For the publications Cairo, Complot, and Viñetas, he created parody series like Pepito Magefesa, and illustrated Perico Carambola, Roberto España y Manolín, stories written by Ignacio Vidal-Folch. In his solo career he also created series like Perro Nick for El Víbora and Buitre Buitaker, published in daily comic strips. In 1998 he wrote and illustrated the graphic novel Un largo silencio, reflecting the experiences of his father during the Spanish Civil War and the early years afterwards. Gallardo also recreated his own personal experiences with the graphic novel María y yo and the sequel María cumple 20 años (2015). His final published work was Algo extraño me pasó camino de casa (2020) a humorous, sincere recounting of his battle with cancer.

In this exhibition Ficomic would like to pay homage to Miguel Gallardo and with this retrospective of his whole career. While we remember his most famous works in comic we also pay tribute to his successful illustration career in the press and literature for La Vanguardia, El País, The New Yoker, The Washington Post, Son tremendos, Cuentos para contar en un minuto y en un minuto y medio

This website uses its own and third party cookies to provide better service and to make usage data statistics. Accept them before you continue browsing to be able to enjoy all their content with full functionality.