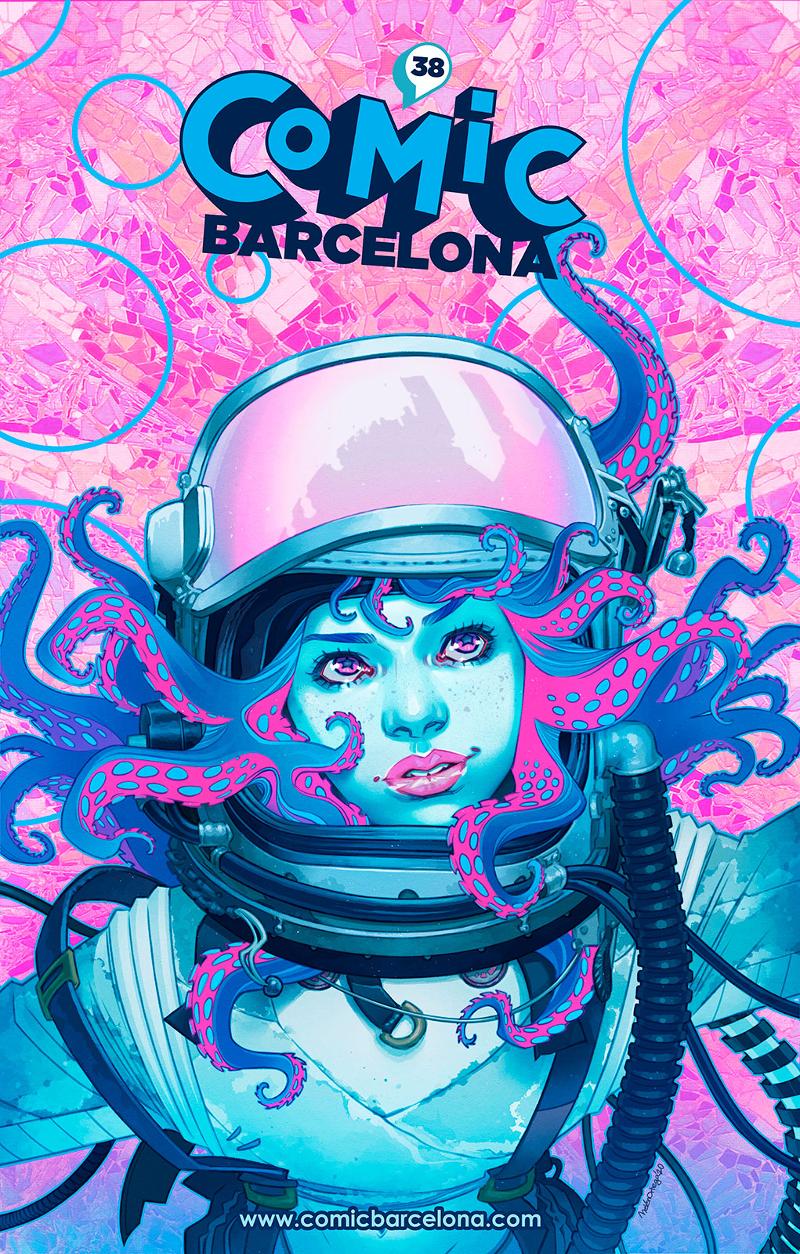 Belén Ortega is a comic author and illustrator.

After graduating with a degree in Fine Arts from the University of Granada, she then continued her studies in the Human Academy of Osaka, Japan.

She won Ficomic’s Best Spanish Manga with her first professional work (Himawari, Glènat 2011), and in 2010 she won the Best Illustrator Prize at Expomanga (now Héroes Manga) in Madrid.

Up until then she had illustrated different media, such as the collective educational book Kodomo Manga Paso a Paso (Step by Step Manga) (Monsa Ediciones), advertising campaigns for Carolina BOIX shoes, and illustrations for various discs related to manga and anime.

Then, in 2015 she published Pájaro Indiano”, (Indian Bird) with Norma Editorial: her first BD format work in full colour, together with an ARTBOOK edited by Ominiky Ediciones -  a compilation of all her work to date.

In 2016 she worked on the biography of the triple world champion “Marc Márquez, la historia de un sueño” with Norma Editorial again. (The story of a dream.) She also redesigned the official mascot for his label MM93.

In 2017 she worked with Planeta for the new edition of her first manga “Himawari“, in a new format with extras, and an alternative cover for the first issue of the Kanzeban edition of "La espada del Inmortal“. (Sword of the Immortal)

Between 2016 and 2018 she finished the “Millenium Saga” trilogy with the Franco-Belgian publisher Dupuis. Based on the  Stieg Larsson best sellers, this is a new independent trilogy written by the scriptwriter Sylvain Runberg with international distribution. She combines her work as an author with her illustrations for labels such as FNAC or Pull&Bear and various videogame production companies, among others.

In 2018 she collaborated in the character of “Elia”, a short comic for the Spanish jewellery producer Suárez (“Elia, el jardín entre días“) (Elia, the garden between days) for their new jewellery line, alongside the well-known fashion brand Jesús del Pozo and Filip Custic.

In 2019 she worked with Heavy Metal Magazine, illustrating a short story for MEGADETH based on their song “Hangar 18”. She then went on to work with MARVEL, first as a cover artist before later illustrating inside pages (“Miles Morales: Spider-man”, “Guardians of the galaxy” etc). She is also working in the Japanese market, drawing a spin-off based on the work of Osamu Tezuka “Bárbara”, with script by Victor Santos, published in TEZUCOMI magazine #15, in December 2019 in Japan, and in the Spanish market in 2020 with PLANETA.)  At the same time she continues to work in the Franco-Belgian market with EDITIONS CAURETTE, recently having signed a contract for a new project (triptych), and once again working with Sylvain Runberg and Annabelle Gervais.

This website uses its own and third party cookies to provide better service and to make usage data statistics. Accept them before you continue browsing to be able to enjoy all their content with full functionality.